On October 13th, 2014 Don Scherig logged his trial for Season 1 of the Old-Schooled League at ThatGameStore when he took on the four challenges for the Beginner round. Here’s how he did.

Don ran out the clock on Sonic & Knuckles, running out of time right before finishing the Lava Reef Zone. He also was quite pleased to pick up Larios’ 50,000 point bonus in Star Force but he lost control of the game shortly after the Alpha target. Legend of Zelda was finished in a solid 9 minutes and 19 seconds. His worst performance of the night would be Ms. Pac-Man, as he professes to really dislike the game, making it difficult for him to put the practice time in for it. 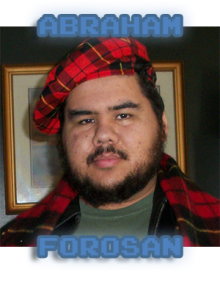 The dates have been set for October’s events in Season 1 of the Old-Schooled league. Don will be facing the challenge on Monday 13Sep2014 at 6pm and Abe will be giving it his all Sunday 26Sep2014 at 3pm. Don is of course the league commissioner and he’s been practicing. Abe is an Old-Schooled league veteran and has participated in more Old-Schooled events than anyone else. He came in first on the lost 21st tournament after the Herzog Zwei debacle,  he came in 2nd place on the 12th tournament, and 6th tournament, the first tournament to use a two-round structure and he was the first to face off against Evan in a final round. He is also the only current League player to have survived the dreaded Shaq-Fu challenge from the 4th tournament. He’s been around for most of the firsts of Old-Schooled, so it’s only fitting this veteran is here for the first season of the league!

Good luck to both of you this month. You can come see these events live at That Game Store in person or watch them on twitch.tv at Furluge’s and That Game Store’s channels!